At many condition, I’ll say that we are, as the normal human being couldn’t be far away from money, money can be one of our inspiration for going to the bright future, and money can promise us many thing that we would like to do in this earth. We can say that we’ve many choice for life but the end we just need money. I’m sory for being don’t make you understand by this language, but sometimes i would describe something with this language and I hope you can understand what I mean although my english seems so bad and unnaceptable. My whole opinion about money never be end, as the normal people, I was very often get phisycal problem with money. I can’t produce my own money, but I just can stand by hoping it forever. I don’t know whats going on myself, but it seems I can’t control it by my only self, maybe true that no such angel will laugh us for wanting it in our life, but in the fact, it can be fatal attention for us, like do whatever though we can get it which no matter what happend to our environment. So, at this post I’ll only say that:

MONEY can buy a house, but not a home…

MONEY can buy a clock, but not time…

MONEY can buy a book, but not knowledge…

MONEY can buy food, but not an appetite…

MONEY can buy position, but not respect…

MONEY can buy blood, but not life…

MONEY can buy medicine, but not health…

MONEY can buy insurance, but not safety…

MONEY can buy a bed, but not sleep…

and the last, Money can buy SEX, but not LOVE…

END_OF_DOCUMENT_TOKEN_TO_BE_REPLACED 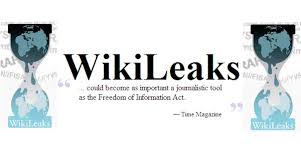